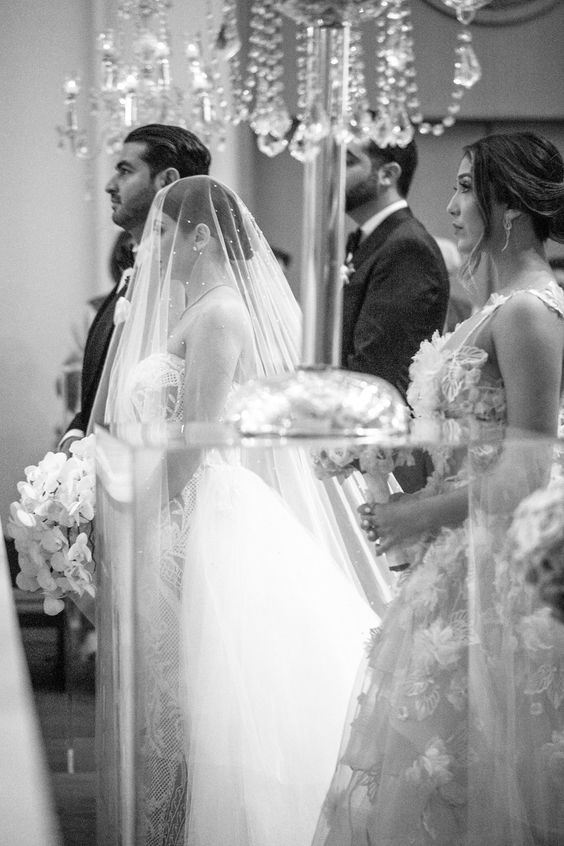 Bordered by Turkey and Georgia, Armenia is a culture full of rich history and ever richer and more meaningful traditions. Around 94% of Armenians are part of the Armenian Apostolic Church, which is why the majority of the wedding ceremonies are dedicated to God and the church. Here are some of the most common Armenian traditions and customs you should know about.

Before the groom proposes, it is respectable for the groom to ask the bride’s family for her hand in marriage. This tradition is called a Khosk-Kap and entails a formal dinner organized by the families. It is usually held at the bride’s house, and the families are expected to bring gifts in the form of chocolate, floral arrangements, and Armenian Cognac. When Khosk-Kap begins, tea is served, but no one should drink it until the bride’s family has agreed to the marriage.

Engagement parties are not essential in American culture, but they are an absolute necessity in Armenian culture! During the engagement soiree, a bracelet, a ring, a pair of earrings and a red dress and a veil are put in front of the groom to present to his bride. Each item symbolizes a vow that the bride is going to take to her future husband.

One of the most popular Armenian sayings goes “May you grow old on one pillow” and it is often told to newly-weds, wishing them to stay together forever. Stitching this saying on a pillow as a wedding favor is extremely common in the Armenian culture.

The Bride’s Brother Pays Up

While the bride is getting ready for the big day, her brother (if she has one) should secretly place money inside her shoes as a sign of good luck. Another Armenian shoe-related tradition is that the bride should write the names of her bridesmaids on the sole of her shoes once she gets married. In the following years, she should cross off the name of each bridesmaid that gets married.