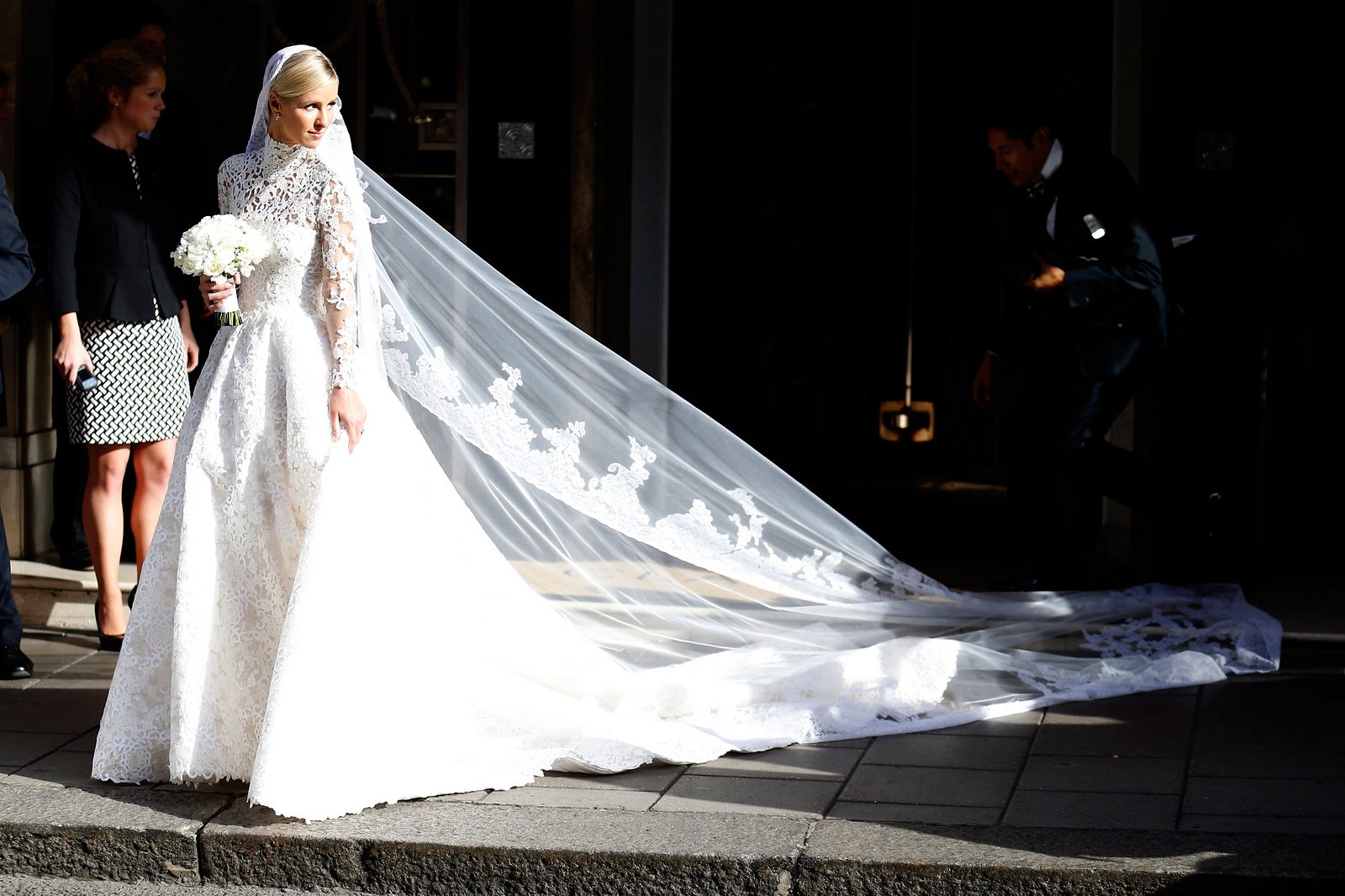 When you think of Nicky Hilton and her arguably more famous sister Paris, what comes to mind?

We remember the days in the early 2000’s the Hilton sisters were synonymous with shameless self-promotion–known primarily for their club going antics and reality show showdowns.

While older sister Paris is currently (for better or worse) a club DJ, Nicky went onto to lead more of a quiet life. She has mainly stayed within the realm of fashion, launching different labels throughout the years. And last year, she published her first tome: 365 Style, a guide to creating your own simplified signature style.

Despite the Hilton family’s off and on dance with controversy, the Hilton’s are indeed an American dynasty with a long legacy in the business world.  Nicky (who’s birth name is Nicholai) is named after her great-uncle Conrad “Nicky” Hilton who was famously and briefly married to Elizabeth Taylor. Her grandfather, Conrad Hilton started the Hilton Hotel chain.

When she married last week, Ms. Hilton made a conscious effort to marry like royalty. After all, her groom, James Rothschild, is a scion of the famous British Rothschild banking family. While not true royals, their wedding, traditional and grand is a nod to the power and influence of their respective families.

Opting for classic British elegance, Hilton and Rothschild chose The Orangery at Kensington Palace for their wedding location.  The palatial edifice was created in the early 18th century as a greenhouse to protect Queen Anne’s citrus trees from the winter cold. It is now a stunningly gorgeous wedding venue and restaurant.

But it is Nicky Hilton’s wedding look that has captured the attention of style mavens everywhere. Equal parts Kate Middleton and Princess Grace, the high-necked lace embroidered confection with a very long train was custom-designed by the team at Valentino.

For a glimpse into the world of her incredible American- meets-British royalty look take a look at the exclusive shots via the official Maison Valentino Instagram feed and Ms. Hilton’s own. 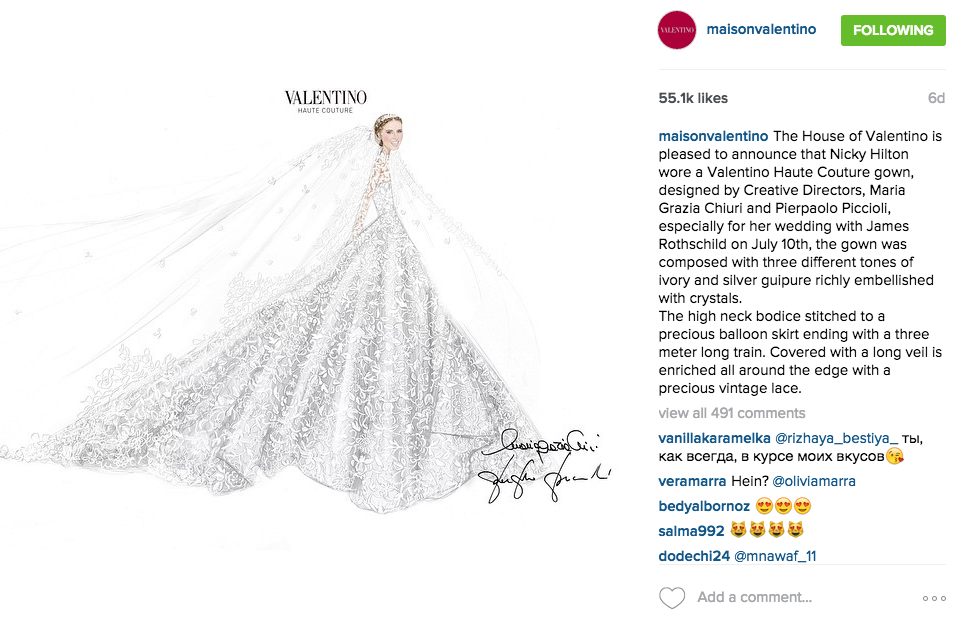 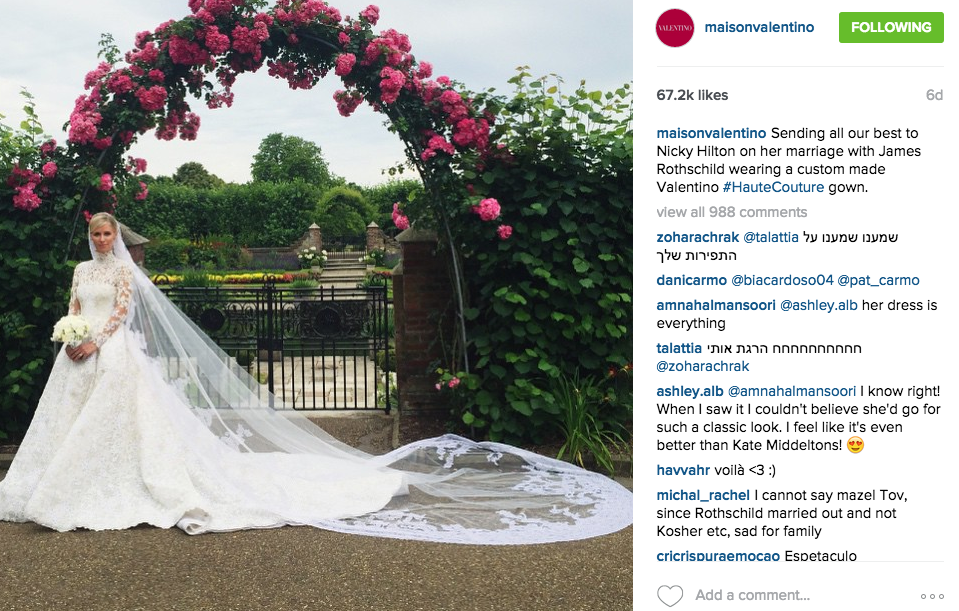 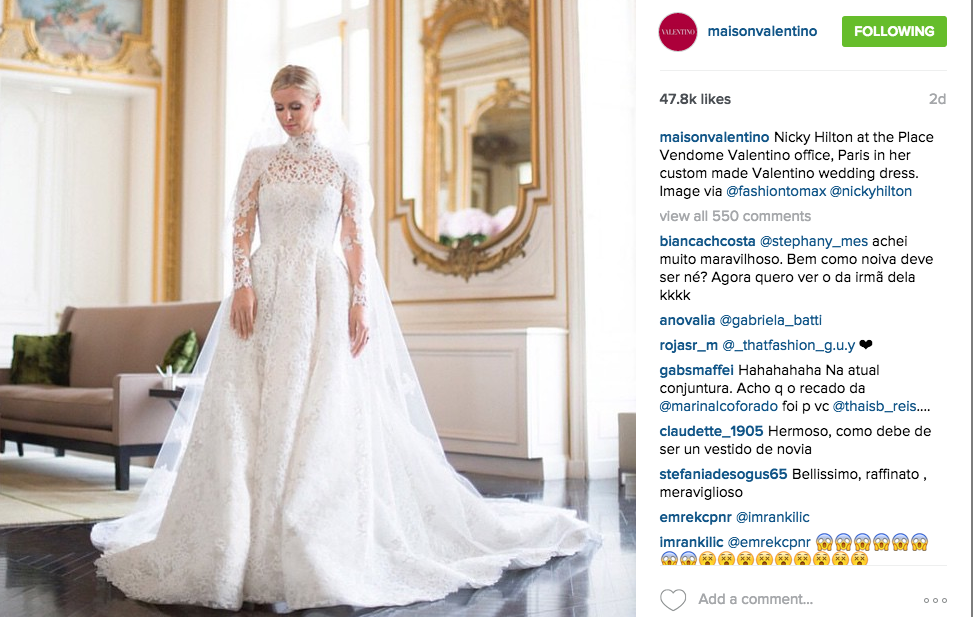 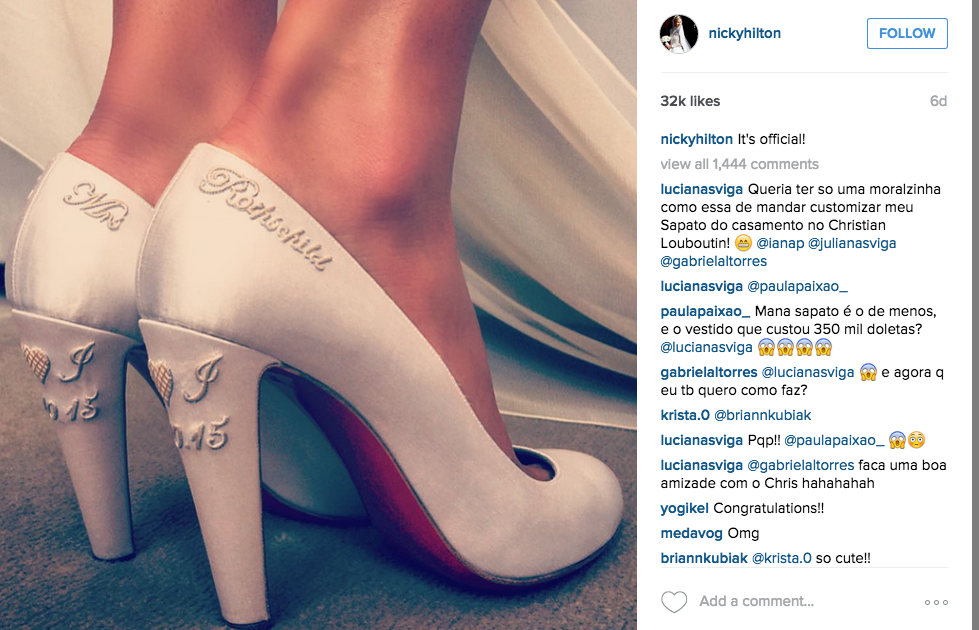 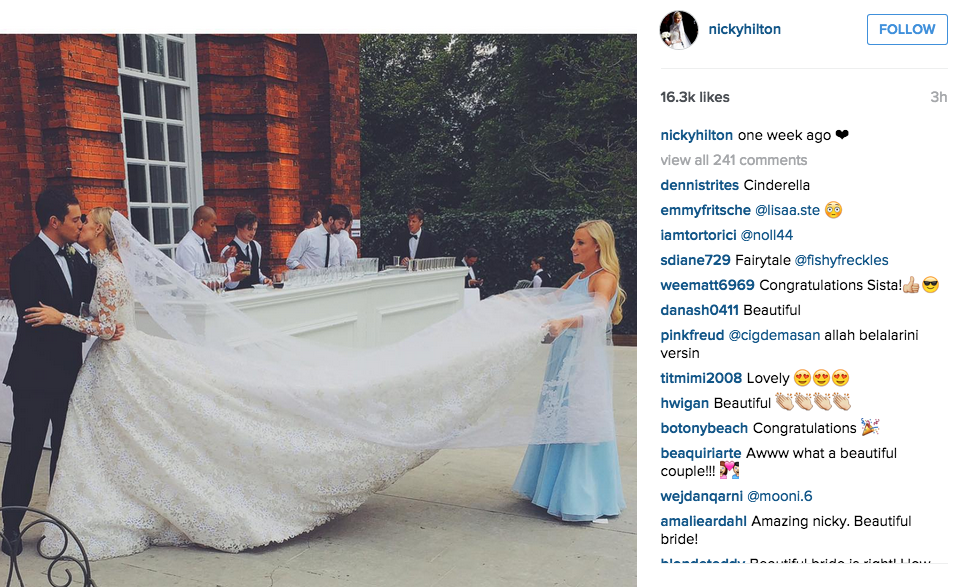